Outside the Taj Mahal, there was a large garden. The garden was set around a large 300 meter square. The garden was raised pathways that led to the Taj Mahal. In the middle of the garden lay reflecting pools that reflected the image of the Mausoleum. The garden symbolizes the flowing rivers of Jannah and reflects the paradise garden. 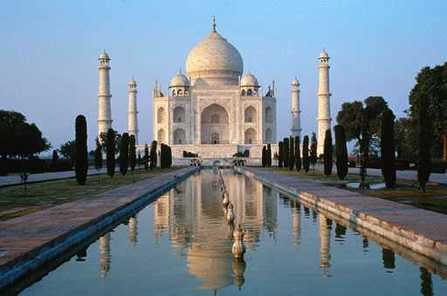 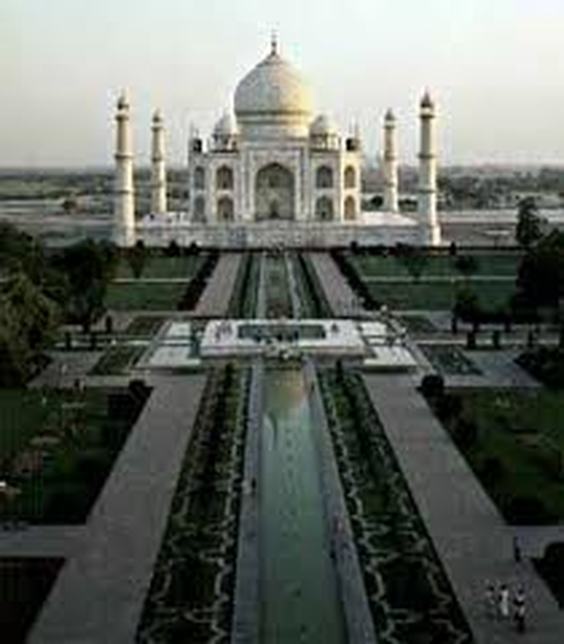 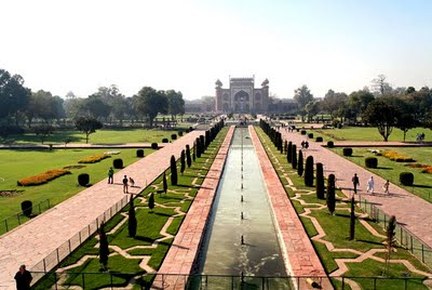 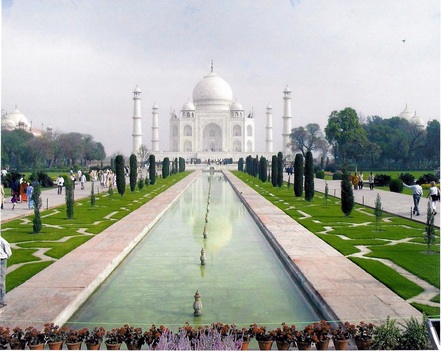 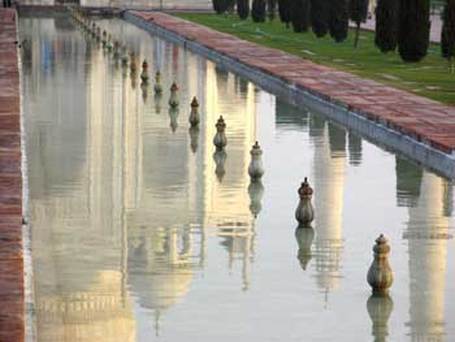 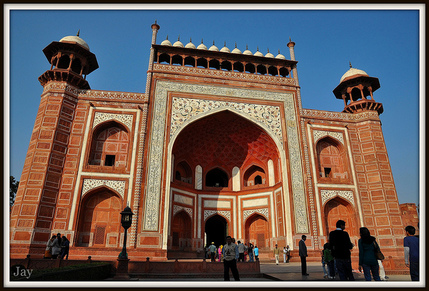 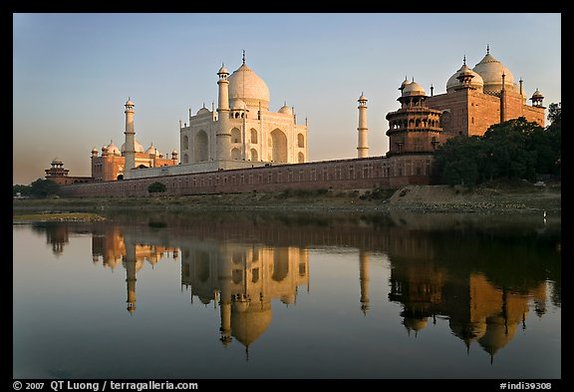 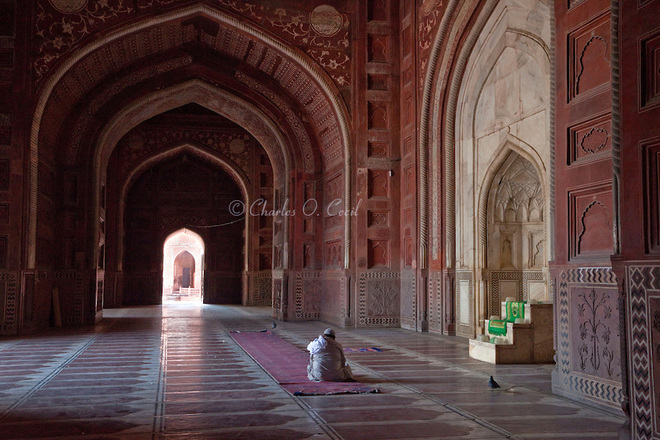 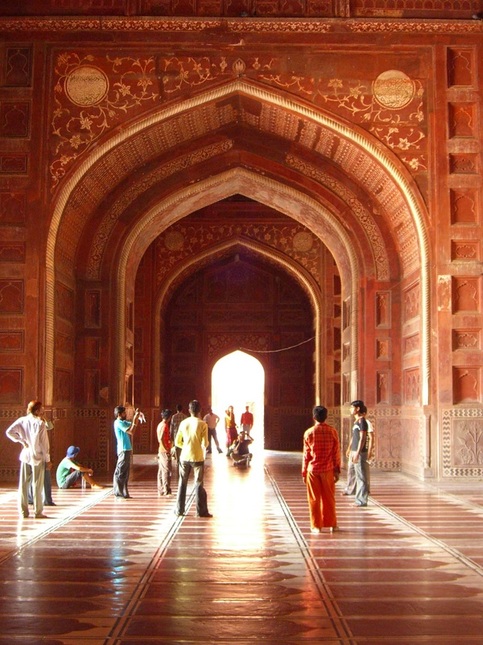 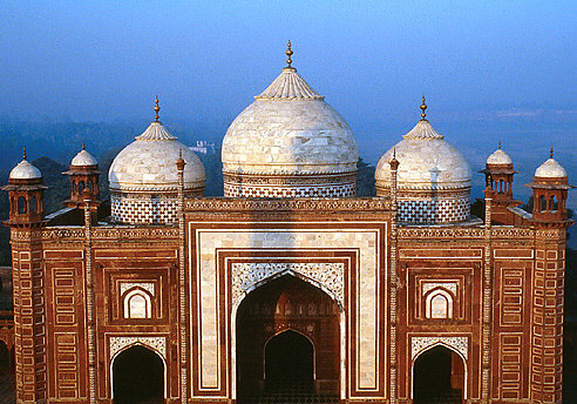 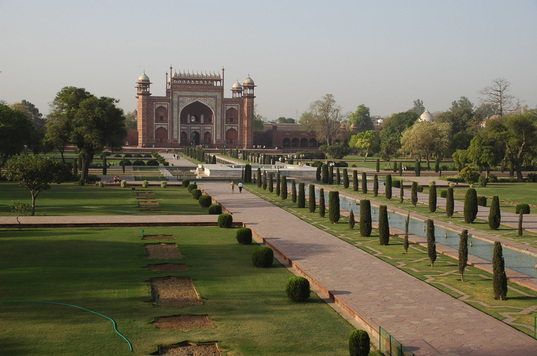 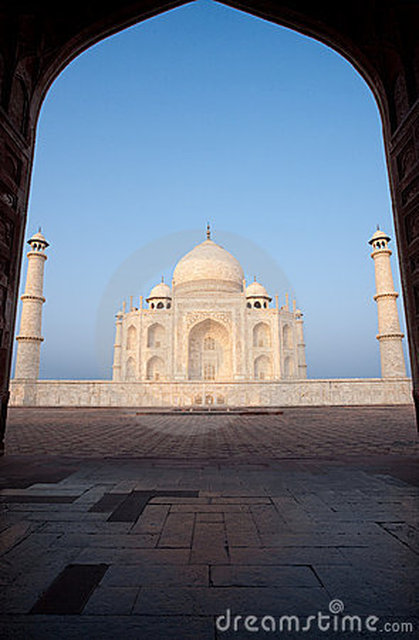 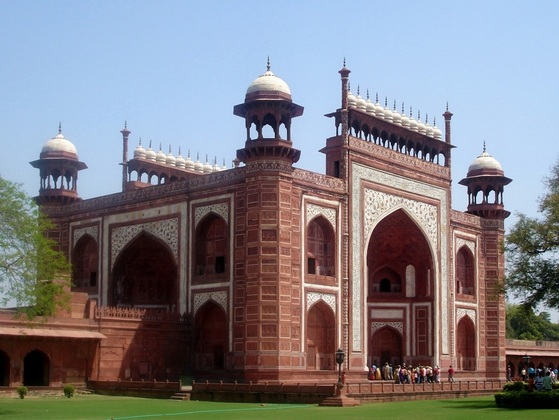 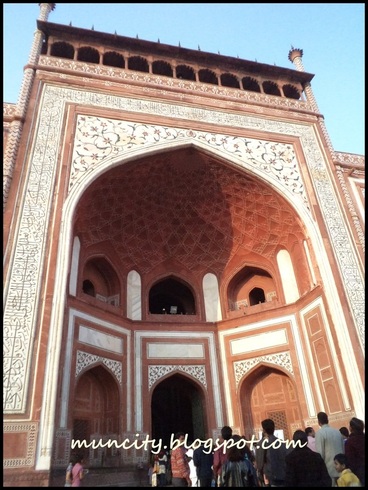