Home
The construction of the Taj Mahal began shortly after the Emporers wife had passed away. The Taj Mahal was built entirely out of marble. The base of the Taj Mahal is a cube with corers forming an octagon. At the four corners there are 4 pillars made of marble that were used as watch towers. The main part of the building is topped off with a miraculous dome. The top of the dome took the most time during construction. The top of the dome was carved with different designs to compliment its height. The dome measures roughly 23ft high from its base. The finial which is located at the top of the dome and the 4 pillars that surround it were originally made of gold. In the 19th century they were replaced with bronze because of the damages that the British caused when taking over. The pillars called minaretes were made from three parts of marble. Two being the base and the one at the top being the balcony. These pillars are 130ft tall and symmetrical. The Taj Mahal was built by the hands of great craftsmen and slaves. In order to carry the marble to great heights a pulley system was invented and used. 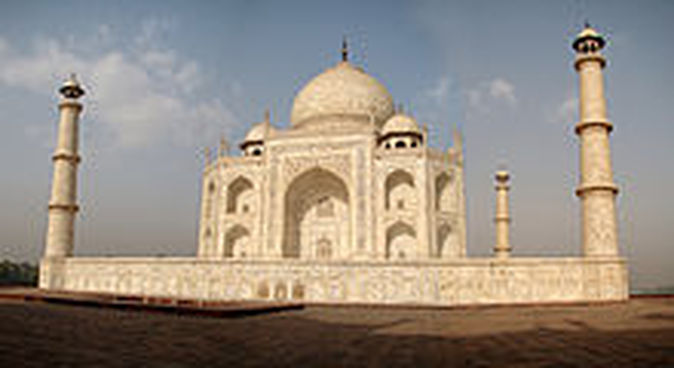 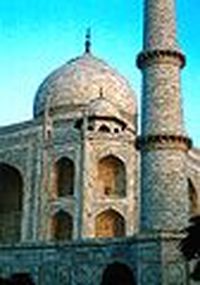 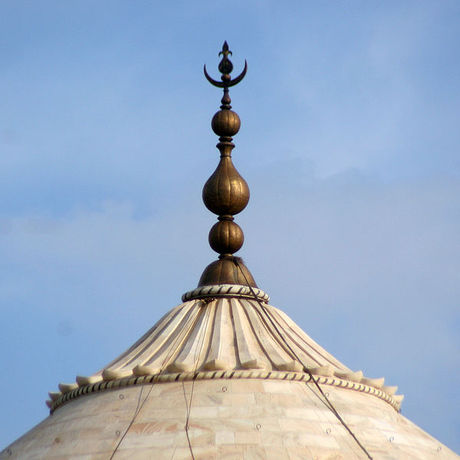 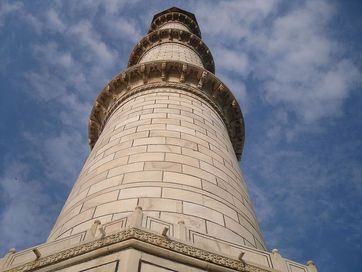 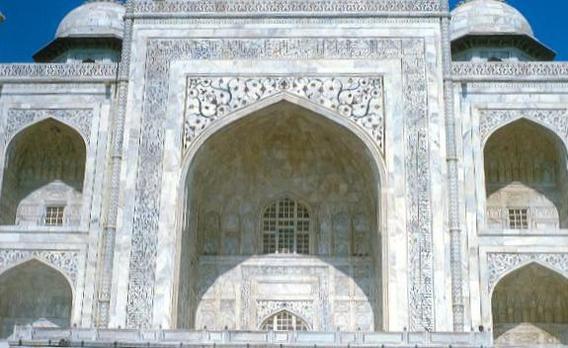