The exterior decorations are of the Taj Mahal are known to be one of the greatest Mughal architecture that ever occurred. The decorative elements are made by applying paint, stucco, stone inlays, and carvings. Throughout the exterior parts of the palace there were phrases used from the Qur'an that were carved into the walls.  The calligraphy on the Great Gate reads "O Soul, thou art at rest. Return to the Lord at peace with Him, and He at peace with you."
Besides the calligraphy there were many stone carvings and abstract designs covering every inch of the exterior. 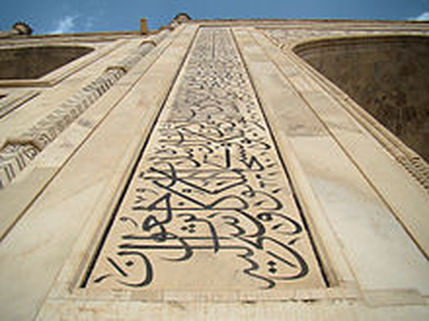 Calligraphy along the walls of the Taj Mahal. 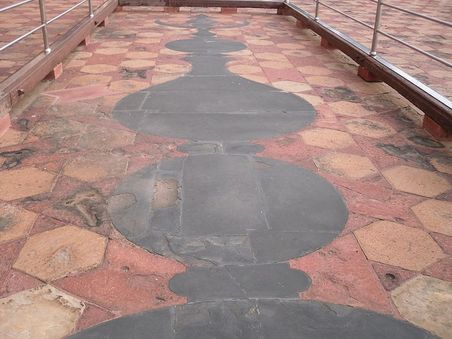 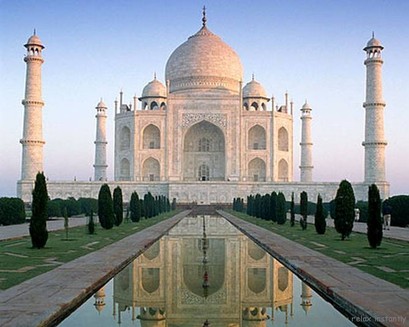 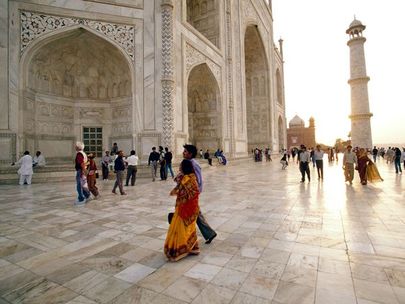 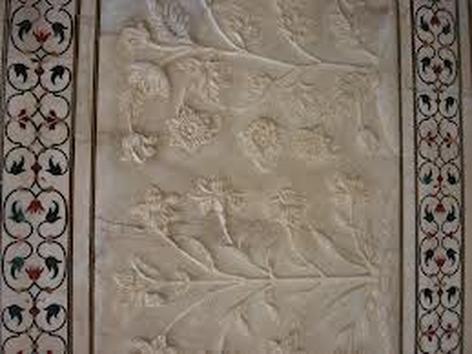 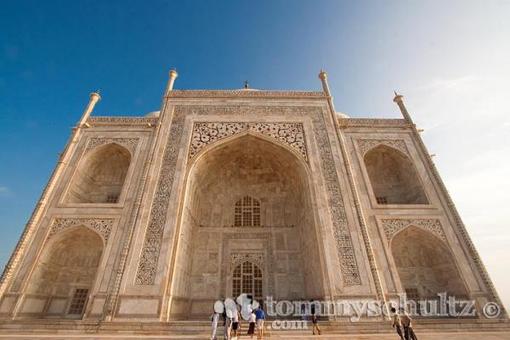 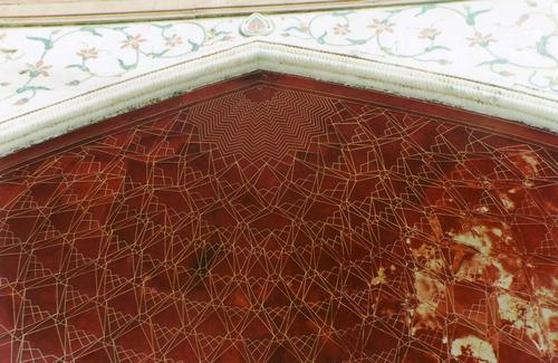 Even though the Muslim tradition does not allow graves of dead people to be decorated Emperor Shah Jahan ignored it and decorated his burial and his wife's. The burial chamber  is in an octagonal room and and is covered in abstract designs and gemstones, which are still in tact today. The tombs of the emperor and his wife face the south side towards the garden of the Taj Mahal which faced the rising and setting of the sun. Emporer Shah Jahan did not disregard the Musilum tradition, him and his wife were put in a relatively plain casket. On the wall of the chamber were written the names of the 99 names of the gods, each carved in with steady hands. The tomb of Shah Jahan reads, "He traveled from this world to the banquet-hall of Eternity on the night of the twenty-sixth of the month of Rajab, in the year 1076 Hijri." 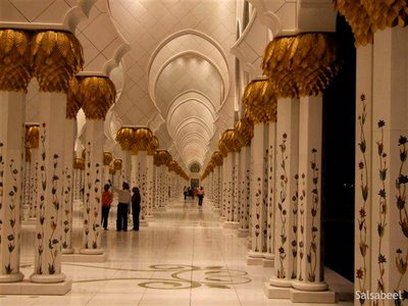 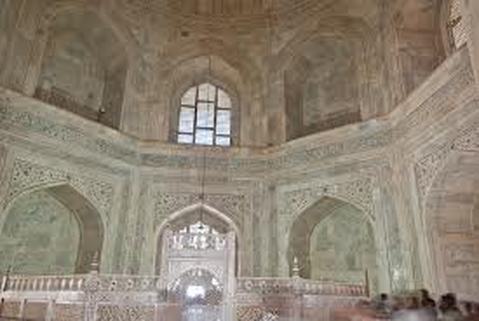 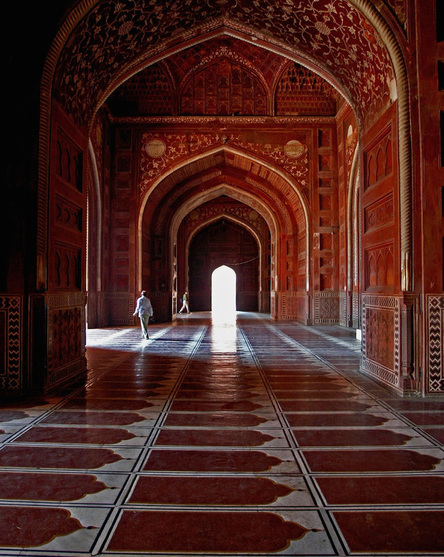 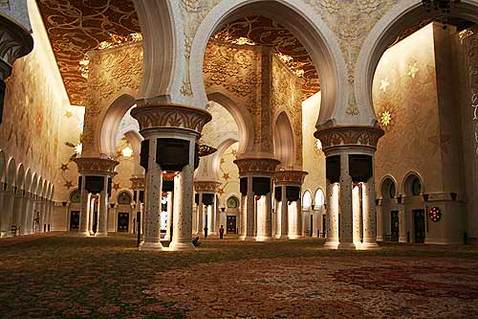 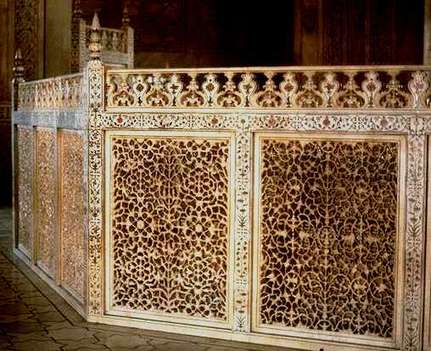 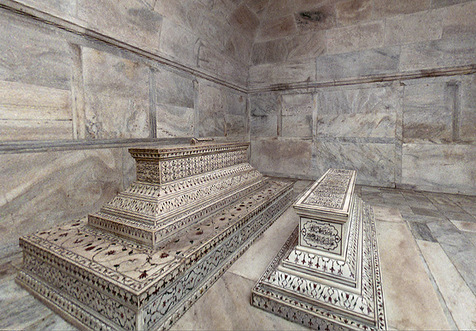 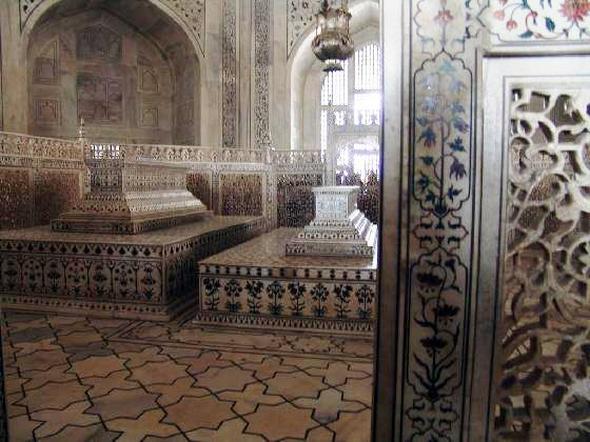